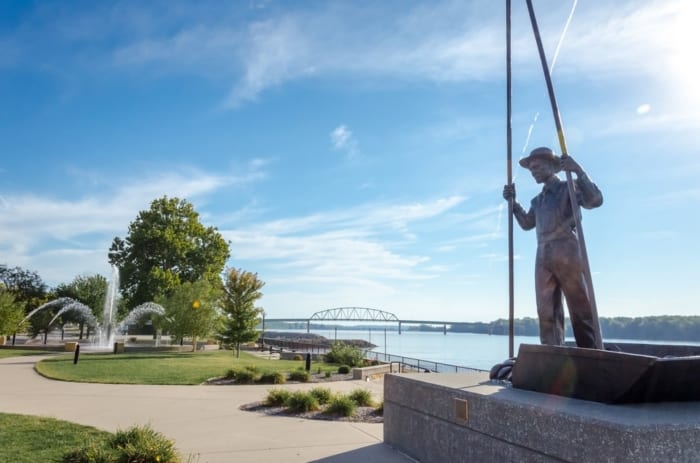 The original Muscatine Symphony Orchestra performed for 29 successive years. In 1887, 13 musicians met in the lecture room of the First Congregational Church. The first incarnation of a symphonic group gave many concerts for the public under Conductor Professor Charles F. Grade, with the last concert given in the Grand Opera House on February 9, 1916.  Then the orchestra disbanded due to the wars.

The organization of the current symphony began in 2000. Jan Phillips, music director at Muscatine Community College, hired Beverly Everett, at the time a doctoral student at the University of Iowa, to conduct a group of 15 volunteer musicians representing various ages and professions. The first concert was performed in 2001.

In 2002, Muscatine Symphony Orchestra created a board of directors with a symphony orchestra guild created the following year to aid the musicians in their efforts. After Maestro Everett resigned in 2004, the symphony’s board of directors hired professional conductor and U.S. Marine Corps veteran Brian Dollinger as the new conductor and music director. Shortly after Maestro Dollinger took the baton, then-Iowa Governor Tom Vilsack awarded the Muscatine Symphony Orchestra the 2005-2006 Iowa non-profit volunteer award in recognition of the commitment, service and time providing symphonic music to the community of Muscatine and Muscatine County.

Under the current leadership of Maestro Dollinger, the symphony is enjoying a renewed music appreciation from a faithful community-wide, family-friendly audience.  The Muscatine Symphony Orchestra’s regular season offers two (2) free community concerts a year, which includes the 4th of July Celebration and Christmas, as well as five (5) regular concerts, which provide a wide variety of music for all age groups.  Upcoming season concert information is usually advertised around the City of Muscatine in July-August.